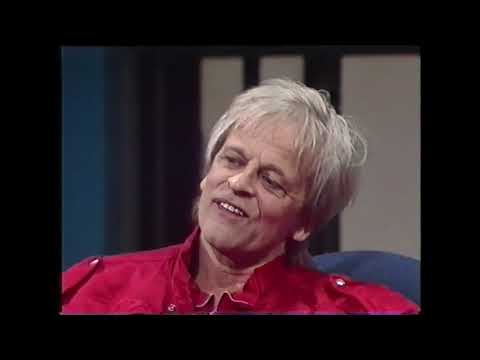 We are observing the first phase of an unintended side effect of the BCH hard fork. Because bitcoin and BCH use the same proof of work algorithm, miners can jump from one chain to the other, wherever mining is more profitable.
Assuming that miners could jump effortlessly and instantly (which is, luckily, not the case just yet), and assuming that all miners always seek maximum profit, all should now be mining BCH and the bitcoin chain would come to a screeching halt with no blocks whatsoever.
Since BCH would then have a very high block frequency, the difficulty adjustment algorithm would soon, within a few days, increase the difficulty fourfold (the limit of what the algorithm does). All miners would jump back to bitcoin, and bitcoin would work normally for a while, until its difficulty would presumably rise a bit while BCH would stand still without a single block. The question now is whether the bitcoin difficulty rise suffices to chase all miners back into BCH mining or not, which also depends on the two coins' prices.
Both chains have certain mitigating advantages. Bitcoin has the advantage that too few blocks would lead to very high fees, which would eventually lure miners back into an unpleasant, but less catastrophic equilibrium between high fees and miner's profitability estimates.
BCH, on the other hand, has big blocks, so situations like one block per hour are unpleasant, but also not catastrophic. No block at all would, of course, be catastrophic for either chain.
Fortunately the assumption I made initially will probably not be true. Some miners will stick to one chain for ideological reasons, out of conviction about long-term success, or because somebody bribes them, presumably also for ideological reasons. In addition most miners are not yet able to jump from one chain to the other easily and instantly for technical reasons. They would experience service interruptions, extra work, perhaps bugs.
I am finding myself completely unable to predict what will actually happen, which is bad enough in itself. Please join in, anybody, who knows more.
After yet another hard fork in a few months we may have the equivalent of an unstable three-body problem, like the one with celestial bodies, where the only safe prediction will be that nobody can predict the outcome.
Bitcoin and its derivatives have not been designed for this situation. I bet Satoshi Nakamoto never thought about what would happen to the difficulty after such a hard fork, otherwise he would presumably have tried to design a solution into the difficulty adjustment. Even this intellectual giant could not foresee everything.
What can we learn from this? That hard forks without a very clear separation, including different proof-of-work algorithms, are highly risky and dangerous and that the people who create them without understanding fully what they are doing may inadvertently damage or destroy both bitcoin and their own immature fork creations at the same time. Somehow this reminds me of Frankenstein's monster, born of good, but naive intentions, and sadly unable to fit in.
Bitcoin Crash?

Here is his Wikipedia Page: ... Unfortunately we got the Frankenstein system that exists today instead. If you want to understand Abba’s actual ideas you can just read his book, “Flation”. It is very short and easy to understand. I personally don’t agree with all of his ideas because I don’t believe that we can ever achieve 100% employment – but I think his goal of achieving this ... BRDeutsch - die Frankenstein "Kultur" made in USA. Hagen Grell öffentlich. Anmelden + Abonnieren ... Warnung vor "Frankenstein-Experimenten"! Neue Gentechnologie öffnet dem Missbrauch alle Türen. Emmanuelle Charpentier gilt als aussichtsreiche Nobelpreiskandidatin (nicht immer zeigt ein Nobelpreis, dass etwas gut ist siehe z.B Lobotomie). Die Französin hat ein Werkzeug entwickelt, mit dem sich das Erbgut von Lebewesen einfach verändern lässt - auch jenes des Menschen. Die Technik hat ... Ok, but “Frankenstein” is also not Frankenstein. Frankenstein refers to the doctor; it’s his surname. The creature itself is not named. From Wikipedia: The name “Frankenstein” is often incorrectly used to refer to the monster itself. In the novel, the monster is identified via words such as “creature,” “monster”, “fiend ... The Frankenstein Application Essay For this assignment you will write your Frankenstein1 application essay. Literary works like Frankenstein explore the “human condition” or experiences that humans encounter. The study guides for Frankenstein offer several “Real Life Considerations” meant to help you critically analyze the applications of the work’s themes in today’s world. Now ...